Budapest is made up of 23 districts that are of non-uniform size or shape spread over 525 square kilometers. Some have distinct characteristics but you can easily walk from one to the next without realising it. They seem to blend together seamlessly without much to let you know other than a small marking on the street signs.  Most foreign investors decide to buy in the downtown area of Pest, noticeably the 5th, 6th and 7th districts. Having lived in Budapest for 16 years I feel I have a good local knowledge of the various districts. I have written this brief Budapest district guide to help buyers and renters decide the perfect location to live or invest in which best suits them.

This district is located in Buda and is usually referred to as the castle district. This district is one of the most popular tourist areas, and also forms part of the UNESCO World Heritage site.

Most people think the Castle itself is the whole area, although a part of the Gellért hill, the Tabán and the part of Víziváros and Krisztinaváros also belong to the 1st district. Almost 17 thousand apartments are located here with about 35 thousand inhabitants who enjoy not only the historical atmosphere but also the benefits of the many green areas of the district. Not all property in the area can be bought by a foreign buyer and some is leasehold.

District 2 is also located in Buda and has two distinct parts. The more densely populated flat area close to the river and the greener more hilly outer area. This leafy suburb of Budapest used to be the location of numerous vineyards but after most of them were wiped out in the latter part of the 1800’s. This gave way to the building of many residential properties. The area is quiet and popular with families.

Budapest’s district 2a is famous for the Petneházy Riding School and golf course which are located here. The area is mostly suburban and has huge expanses of green spaces, bigger family houses and gardens. The area became a part of Budapest in 1873. Although this is officially a part of the city and has great transport links to the centre of Pest, about 30 minutes by tram, it has a very calm small town feel.

Budapest’s District 5, also known as Belváros, is one of the smallest in size but probably the most important in the city.

The district is home to the beautiful neo-gothic Hungarian Parliament building and the Basilica along with many governmental ministries and five star hotels. One of the major focal points for tourists due to the many monuments and location along the banks of the river Danube, property in Belváros is not as readily available for sale and is higher in value than the surrounding districts described below.

District 6, or Terézváros, is great for expats and locals who enjoy cultural events and entertainment. The Liszt Ferenc Music Academy, Opera House and many theaters are located here. Public transport, night life and shopping all feature and are in close walking distance of each other. The area has many bars and restaurants and is a lively area. The Andrassy Avenue runs the length of the district and is home to many high end designer stores, chic boutiques, cafes, bars and restaurants and is sometimes referred to as the Champs-Elysees of Budapest. Below the surface runs mainland Europe’s oldest metro line the M1.

The entire length of the avenue forms part of the UNESCO World Heritage site and a hugely popular area for foreign property investors.

This Budapest district guide can also be found inside our FREE Budapest property buyers guide which can be downloaded from here. 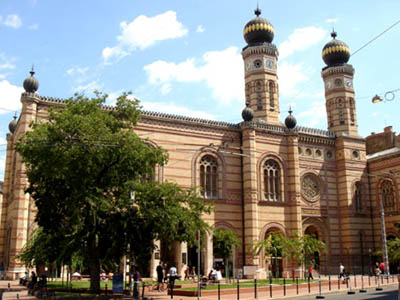 District 7 (Erzsébetváros) is the second smallest district in Budapest and historically was home to Budapest’s Jewish population. Today there are still a number of beautiful synagogues in the area, most notable of these is the central synagogue on Dohany Utca, which is the largest in Europe and the second largest Jewish temple in the world after the Temple Emanu El in New York City.

This district is also home to the city’s medical and veterinary universities. This makes the area very popular with foreign students and houses many of the “ruin bars” which Budapest is famous for. Residentially, this neighbourhood is a sound choice and has an international school, diplomatic residences and an integrated public transportation system.

The 8th district is one of the largest in Pest. It is traditionally a working class residential area of Budapest, in parts neglected and has had a bad reputation over the years. Recent heavy investment in certain parts of this district have greatly improved the area and now the 8th offers some of the most potentially profitable property investments currently available on the market. This district can offer a very good long-term investment to property investors willing to look ahead 10 to 15 years.

Rapid development of the 9th district now sees it home to the National Theatre and the Palace of Fine Arts on the banks of the River Danube, along with many class ‘A’ office buildings. With the decline of heavy industry the area between Petofi Bridge and Lagymanyosi Bridge a regeneration program was carried out in a similar style to London’s docklands. The recently pedestrianised Raday utca is very popular with tourists and night-time revellers with its vast array of bars, cafes and restaurants.

The 12th District of Budapest is located in Buda and is a relatively new area compared with some, becoming an independent district in 1940 and although the Romans had villas in the area, most of the buildings were constructed in the second part of the last century. During the reign of King Mátyás a natural spring called Városkút, which means the well of the city, provided almost all of the cities drinking water.

At the beginning of the 20th century the area became one of the most elegant and popular place for new builds. The district has breath-taking views across the city and is very popular with families. 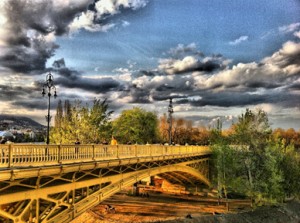 The 13th district runs along the river Danube, has St. István park, and is where many young families live.  The leafy streets close to the Danube have an almost village feel to them.

It is also the home of many Class ‘A’ office buildings. Larger development areas in this district have seen a boom in building and the area has become home to many international companies as well as one of the largest shopping malls in Europe, The West End City Centre.

This Budapest district guide is a little information to help you choose the right area for your Budapest property, contact us or download our free buyers guide to find out more.