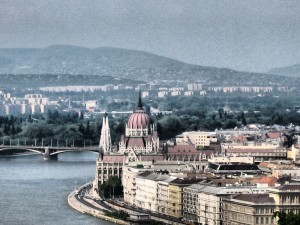 Budapest is the capital city of Hungary. The thing most people don’t realise about Budapest is not only is it the largest city in Hungary but it is also one of the largest cities in the European Union. While the metropolitan area of Budapest covers 525 square kilometers the city centre itself has a smaller more intimate feel and you will quickly feel at home navigating its easy layout.

Budapest is a European capital of just the right size. With a population of close to 2 million, it offers all the charm and sophistication of much larger European capitals. It is known for a number of great baths, spas and outdoor pools—a favorite with both locals and visitors. Because of its unique geological feature, Budapest rests on over 100 thermal springs that feed the city’s famous bathhouses 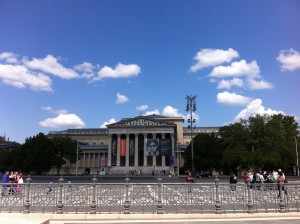 Budapest is sometimes referred to as the Paris of the east or the pearl of the Danube and it becomes apparent why very quickly. The city straddles the River Danube and is made up of two noticeably different parts, Buda on the west bank and Pest on the East. In 1873 these parts were united to form the city we know today. Visitors to Budapest quickly fall in love with the sheer beauty and feel of the place. From its stunning architecture and vibrant nightlife, it’s not surprising that when they see Budapest property prices compared with other major European cities, many people decide to invest in property in Budapest.

Budapest has a long and interesting history with remnants of this still visible to visitors today going back as far as the relics of the Roman Empire, seen in the ruins of the amphitheater in Obuda.  Influences still remain from the Turkish occupancy of the region. Although most of their architecture has gone, their thermal spas are still a huge attraction to visitors all year round. This along with the influences from the Austro-Hungarian Empire give the city the character which we see today. 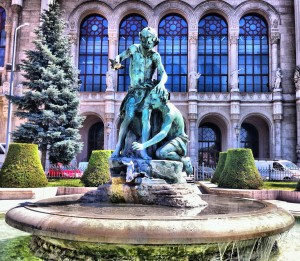 In the mid to late 19th Century an economic boom saw most of the modern inner city of Budapest constructed. Austrian Emperor, Franz Joseph I, wanted the city to rival Vienna in stature and so under his supervision a building boom started. This gave rise to such treasures as the tree-lined Andrassy Boulevard, the Houses of Parliament, St. Stephen’s Basilica and the Opera house. The boom also gave the first metro system in mainland Europe that is still in use today, metro line M1.

During World War II most of the architecture of Pest was left remarkably intact, while the castle area or District 1 as it is known sustaining much heavier damage. Thankfully this has now been restored to its former glory and forms part of a UNESCO protected World Heritage site.

The revolution in 1956 saw many of the buildings in Pest scarred with bullet holes, or destroyed. Much of this damage can be still seen today, although extensive work has and is still being carried out on many of the cities buildings.

Budapest is becoming one of the most popular destinations in Europe for tourists, students and investors alike and if you have ever dreamed of owning a property in a European capital city there has never been a better time to invest. Compared to other major European cities property prices are very low, this combined with a weak local currency makes Budapest a fantastic property investment hot spot.